This Regimental Route and Movement Order show that Pte J.M. Holstius was to go by train from No. 20 Coy RAMC Royal Victoria Hospital, Netley, Hants to No. 4 Military Dispersal Unit, Regents Park Barracks, Albany St, London, NW1 for release (Class A) after her service during World War Two. 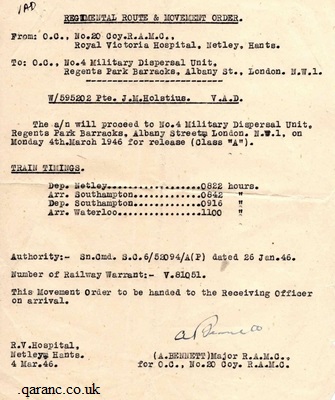