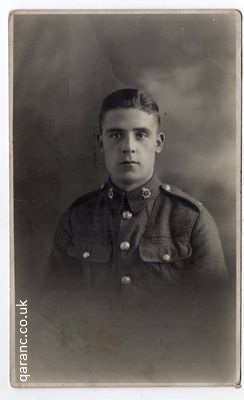 This postcard and photo of a Royal Army Medical Corps Orderly or Medic dates back to just after the World War One. It is thought to be post 1920s since he is wearing collar badges and has no medal ribbons. His army service number also points to the photo being after 1920.

Little is known about it other than the man lived in the Burnley area. It was possibly bought at a local photographer's. It was popular during the Great War era to have postcard photographs taken for families and loved ones. The image would have been on one side and the reverse of the postcards address section with room for a message. 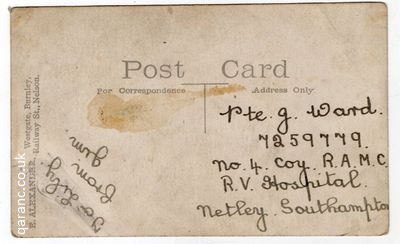 The message was To Lily from Gim.

With thanks to Kieron Ridehalgh for the images.