Pictured, in the Western Necropolis Cemetery in Glasgow, Scotland, is the headstone of Sister Annie Winifred Munro who nursed in West Africa, Gallipoli and France in WWI. Under the Red Cross and anchor symbols it reads: 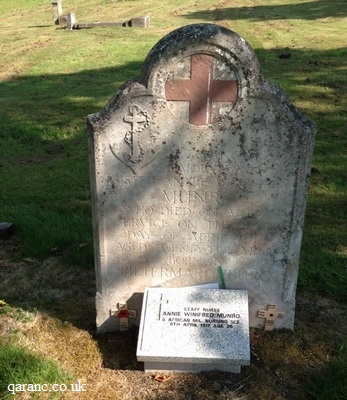 Below the larger headstone is a smaller one that reads:

Note the different ages at death.