Below is the headstone for the grave of Nursing Sister Ethel B Radcliffe of the Queen Alexandra's Imperial Military Nursing Service. She is buried in the World War One Les Baraques Military Cemetery, Sangatte, Pas de Calais, France.

Under the emblem for the QAIMNS, her headstone reads:

Her name is inscribed on the Five Sisters Window glass screens in the North Transept of York Minster, England. 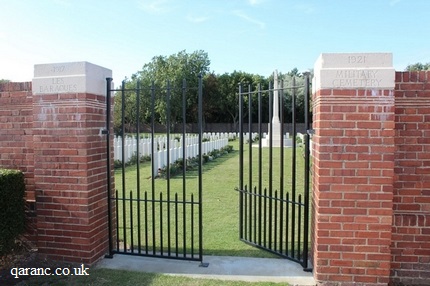