Sister Mabel Lee Milne of the Territorial Force Nursing Service is buried at the Longuenesse (St. Omer) Souvenir Cemetery in France. She served at the at 58th General Hospital. 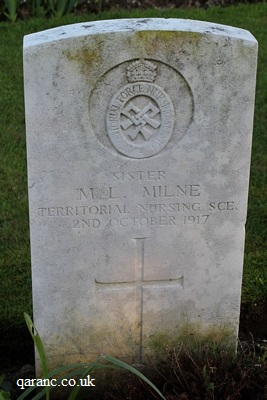 Under the emblem for the TFNS, her headstone reads:


Read about the history of the Territorial Force Nursing Service.