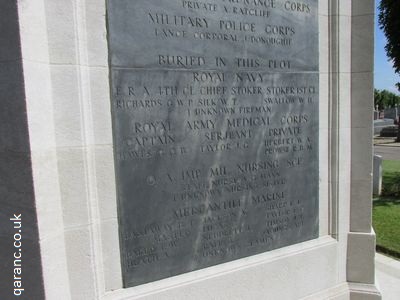 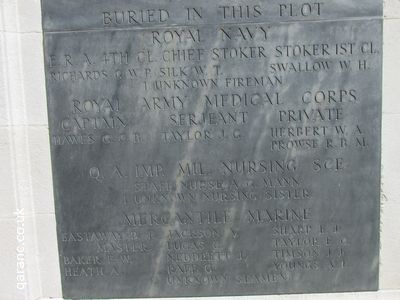 Agnes Grieg Mann nursed aboard HMHS Salta which was sunk by a mine explosion on the 10 April 1917 with the loss of lives which included a Matron, 3 Sisters and 4 Staff Nurses. This is why there is a mass grave in this cemetery and why one of the Sisters was unidentified. The other names on the grave are of Royal Navy and Mercantile Marine servicemen who also drowned at sea. 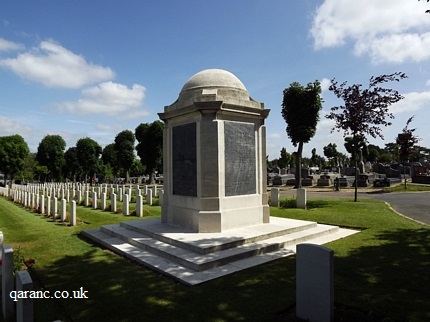 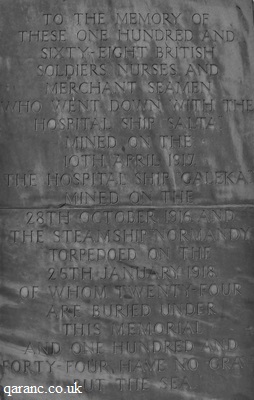 To the memory of the one hundred and sixty-eight British soldiers, nurses and merchant seamen who went down with the Hospital Ship Salta mined on the 10th April 1917. The Hospital Ship Galeka mined on the 28th October 1916 and the Steamship Normandy torpedoed on the 25th January 1918 of whom twenty-four are buried under the memorial and forty-four have no grave but the sea.