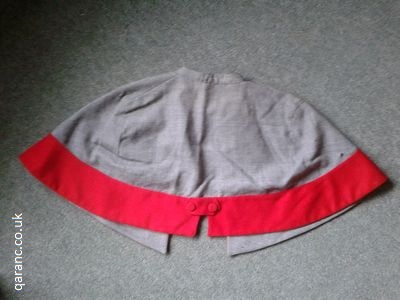 This is a tippet that belonged to Marjorie Williams nee Roberts who served with the Territorial Army Nursing Service. She is pictured to the right in the photo below which was taken at Netley in 1939. It is thought that the other lady may be called Torrance. 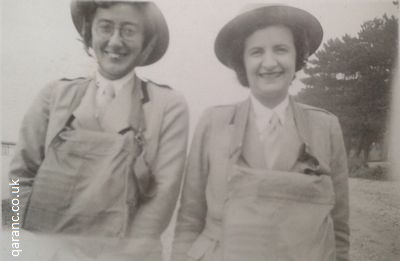 She then went to Newhaven to work as a staff nurse on the Hospital ship St Julien. She met her future husband Emlyn Williams there as he was an engineer on the hospital ship St David and they married 25th January 1940. Their first child was born 16 August 1941 and they then followed Emlyn's ship to Scotland where it served the convoys. They were based around Helensburgh, Aultbea and Gare Loch so her son thinks his father served on Atlantic convoys than Russian/Scapa Flow convoys.

In 1943 she was based at her parent's home in Birmingham while her husband's ship was involved in Operation Husky to take Sicily then Salerno and finally Anzio where his ship the Hospital Carrier St David was sunk, luckily he survived.

Later she was called up as a Factory nurse at Dunlops in Birmingham. Her sister looked after her son and years later her younger son was told by his older brother that their mother had to design her own uniform at some stage. He wonders if this pictured blue one is from her time at Dunlops and the design being based on the Reserve tippet but blue instead of grey. 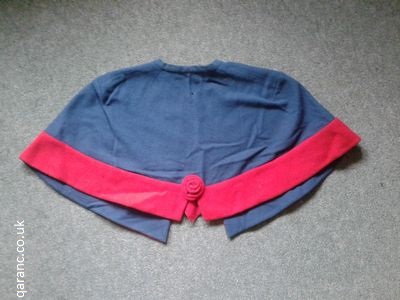 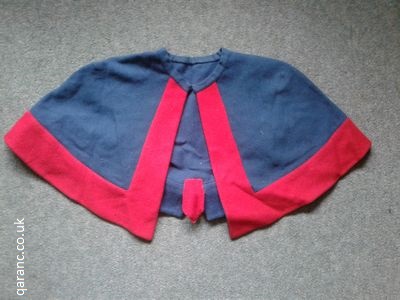 Marjorie first nursed at Birmingham Hospital in 1933 and she qualified there in 1936 and then did midwifery in Glasgow before arriving at Netley.

We'd welcome any thoughts on the above that can help provide the family with information. Please contact me if you can help.