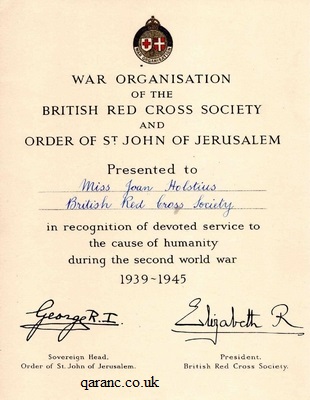 It is signed by the Sovereign Head Order of St John of Jerusalem (King George VI) and the President of the British Red Cross Society (Elizabeth R).