John Crichton-Stuart, the 4th Marquess of Bute, offered his family home, Mount Stuart House, to the Admiralty. It then became a naval hospital from 1914 to 1918. Lady Bute attended the Scottish General Hospital at Stobhill for nursing training. 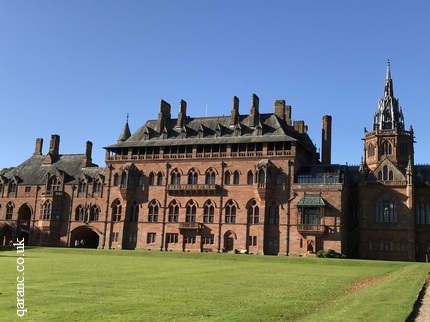 Patients arrived from the clearing hospital in Edinburgh and the Isle of Bute proved a suitable location for the trains from Glasgow. It also proved a peaceful Isle for the patients. As were the hospital grounds with its stunning scenery, many trees, grassed areas and gardens.

An operating theatre was set up and there was x-ray facilities. The Dining Room became a 22 bed Medical Ward as seen in the photo below. 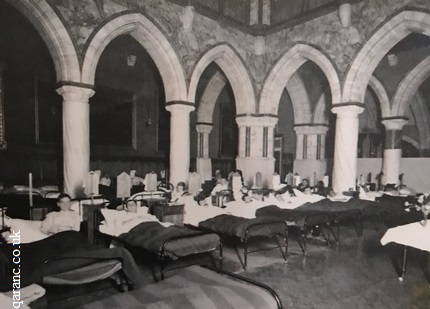 Other rooms, like the Marble Hall, became the Middle Ward with 50 beds.

There were 2060 operations which included 38 appendectomies, 14 amputations, 28 bones plated together and the removal of 2 testicles. The surgeon was Sir William McEwen who was a pioneer of brain surgery.

2120 men were admitted to the hospital and 13 died at the house.

In recognition of her work Lady Bute was bestowed a Dame of the British Empire by King George V.

Today Mount Stuart House is a magnificent tourist attraction and I'd encourage you to visit and do take the coastal walk for some stunning scenery.