The photograph collection below were taken by QAIMNS(R) nursing sister Ethel Smithies during her First World War service at Mesopotamia where she served at Basra and Baghdad. They were kindly provided by her nephew. Mesopotamia is now modern day Iraq. The name changed to Iraq in 1921. Mesopotamia was often nicknamed Mespot by British troops. 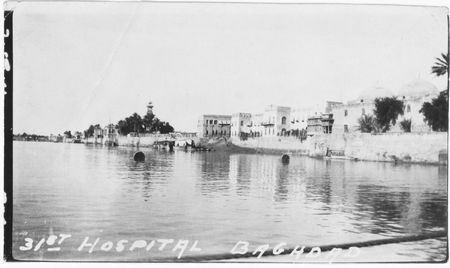 Photo of the staff from 31st Hospital Baghdad during the Great War: 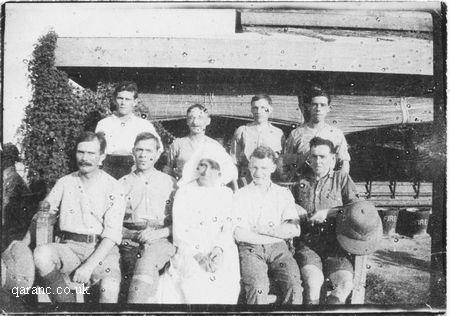 Even at times of conflict and war army nurses have tried to brighten their surroundings for the benefit of their patients. The Great War was no exception, nor was the hot conditions in Mesopotamia and members of the Queen Alexandra's Imperial Military Nursing Service at Basra Hospital tended to their gardens: 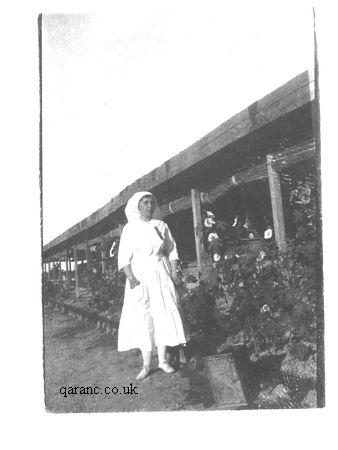 
QAIMNS nursing sisters even kept mascots as pets. The picture below shows off the hospital pet black sheep and mascot. Unfortunately we do not know his name. The picture also shows the tinned huts that served as a hospital and must have been hot in the Mesopotamian humid weather. On the back of the black and white photos is hand written Taken the day before sister ? left us. The black lamb is our mascot given us by the Australians. By the way ? ? has gone to France. 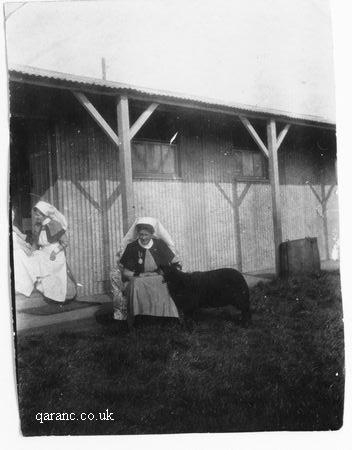 The QAIMNS Nursing Sisters below are outside their hospital hut and wearing a mixture of QA veils and desert helmets. 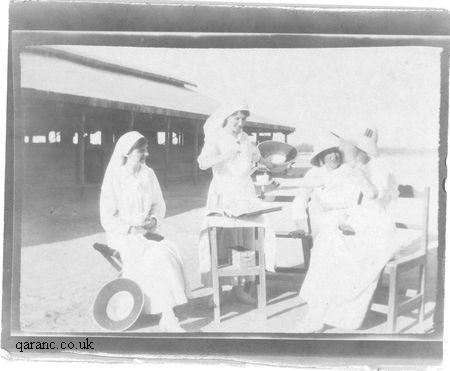 In the original photo the words Queen Alexandra Club and civil post office can be made out: 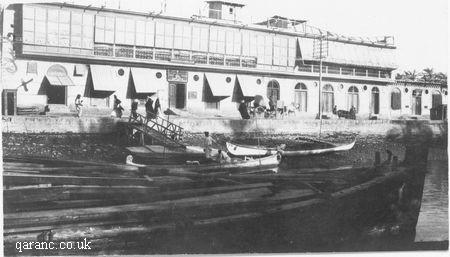 The QA Sisters Club in Basra during The Great War: 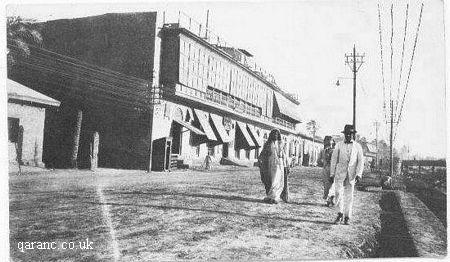 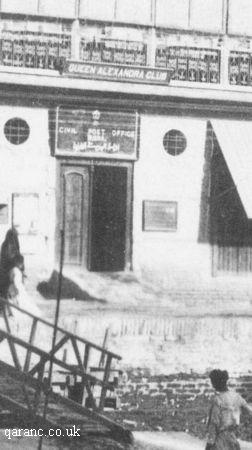 This is thought to be Baghdad. It looks like on QA sister is treating a wound on the eye or forehead of a fellow officer: 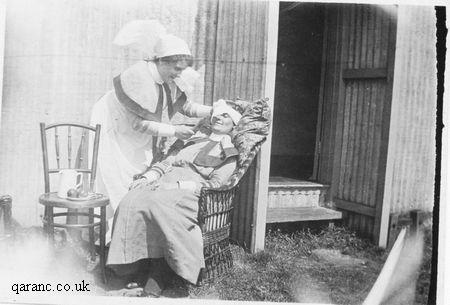 The postcard photo below is of Mesopotamia wounded soldiers being transferred to the army hospitals: 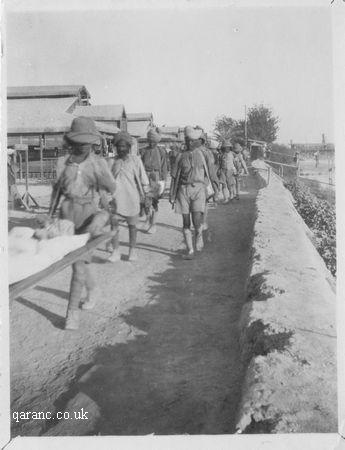 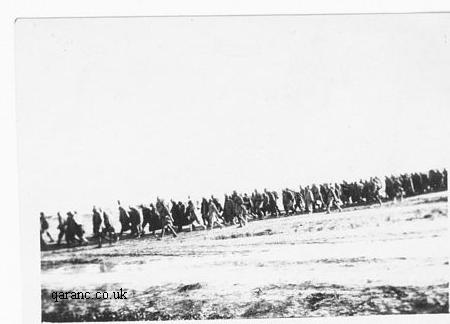 Mending a puncture at Mesopotamia 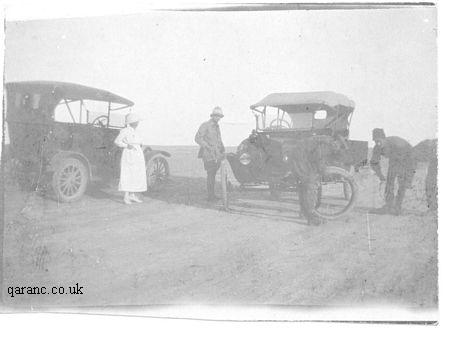 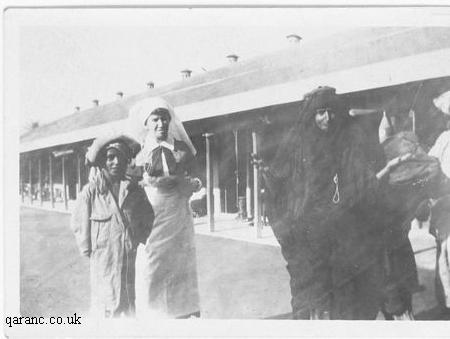 The QAIMNS nurses who took the photos on this page are pictured below. Ethel Smithies is pictured on the far left and more can be read about her with details of her awards on the Royal Red Cross page. 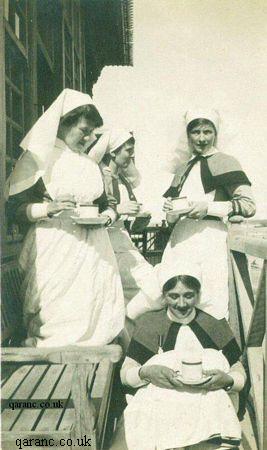