It was originally built in the mid 1880's as a residential school for workhouse children and known as the Brentford District School. It was renamed Percy House School in 1901.

By 1914 the children were boarded out with foster families and it was used as a Military Hospital between 1915 and 1918. Approximately 5,000 soldiers of the great War had been through its doors.

The buildings were demolished by early 1981 - almost one hundred years after it was built and the site redeveloped. 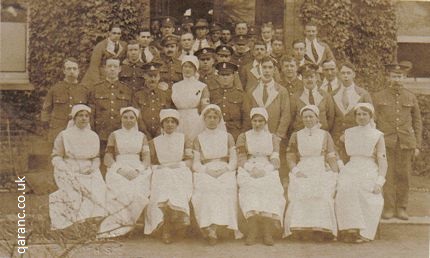 On the back of the postcard is hand written, unsigned and sadly no date: 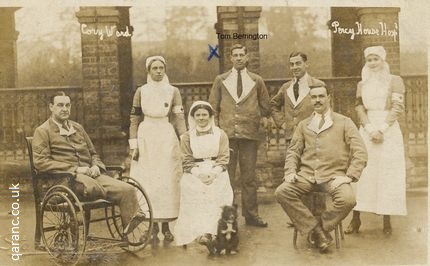