Below are the photos of the graves at Sai Wan War Cemetery of Nursing Sisters from World War Two. This Commonwealth War Graves Commission (CWGC) cemetery can be found at Chai Wan of Eastern District Hong Kong. 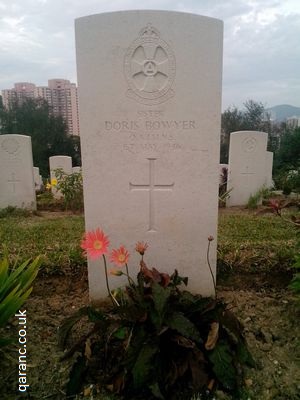 There is a photo of her inscription in the Book of Remembrance page. 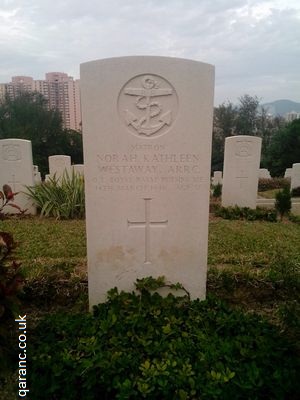 With thanks to Pierce Cheng.