We think that this medallion is a sports medal, less its ribbon, probably made locally. It has the King's Crown, so that dates it from the 1st February 1949 to 6 February 1952 or just after. 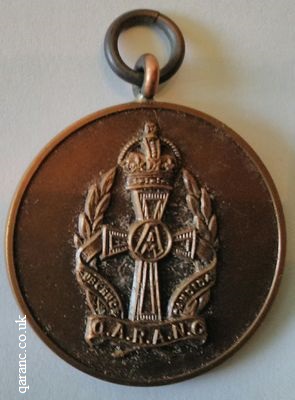 If you can help with further information, then please contact me.