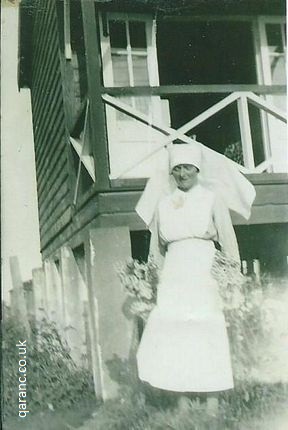 Thought to have been taken in Salonika.

She was educated at the Presentation Convent School, Limerick and then went to the Richmond Whitworth Hardwicke hospital in Dublin and graduated as a nurse in 1914. She worked for a short time in Dublin before crossing the Irish Sea for London and signed up for the QAIMNS(R) on 03 June 1915. She was posted to Malta on 12 July 1915. 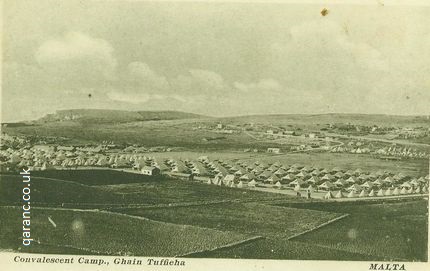 There is photographic evidence that she worked in the St Andrew's Hospital in Malta for a time and then was posted to the 38th General Hospital at Mikra near Salonica. This hospital was for the exclusive use of Serb casualties. Most of the Casualties were treated in marquees. 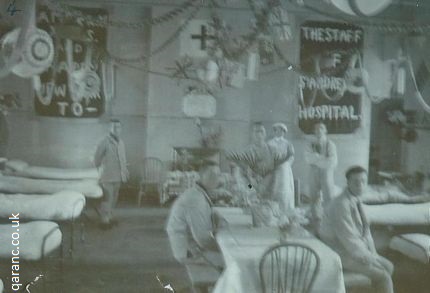 By the 28 of August, none of the 72 nursing sisters had arrived. On the 14 September, matron and 16 sisters arrived for duty. On the 24 October 1917, Colonel Ford took over as Officer Commanding from Colonel Haig. Ms Levan left for England on being selected to be a matron. 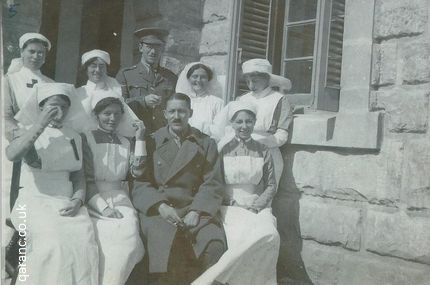 Jess Enright is pictured on the back row, fourth from the left.

Other names mentioned include Captain Patrick (surgeon), Colonel Hay, Captain Yarbrother and Captain Fullerton. In late September 1917, there were over 1500 patients in the hospital. On 23 of October there was a great storm that blew down several tents and many patients had to be moved. Captain Patrick was succeeded by Major Churchill. 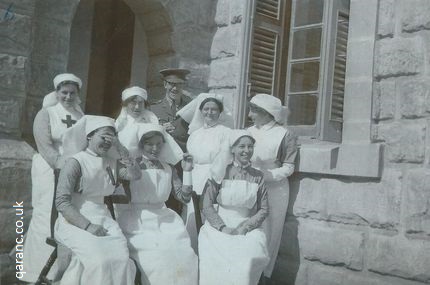 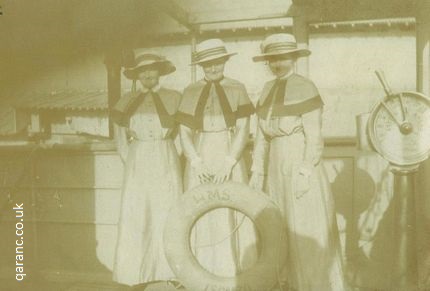 By then Teresa Enright had left Salonika as her contract expired. She could have renewed for at least another six months, but she had already been infected with Malaria and became very ill. 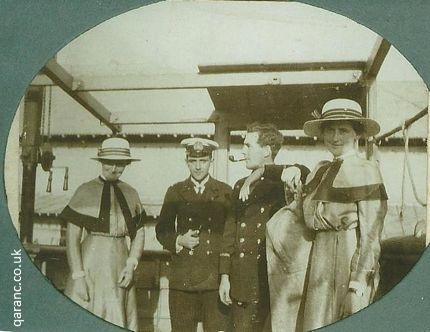 She fell in love with a young gentleman named Alan Clark, whom she later described as her fiancé. It is thought that Alan Clark was a young Scottish doctor who joined the Royal Army Medical Corps in 1916. He too was eventually posted to Salonika and was also struck down with malaria. He recovered sufficiently to go back on duty. He was attached to the 66th Field Ambulance and the 12th Cheshire Regiment. He was killed around the 18 September 1918. 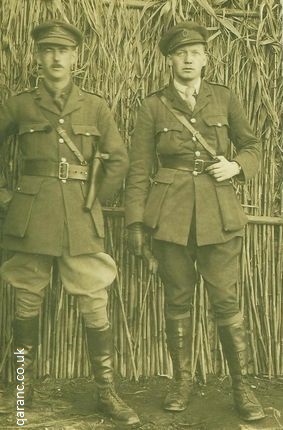 Two officers in the Salonika area. We think the Royal Army Medical Corps officer on the right may be Alan Clark M.D. and may have met Sister Enright when he had malaria, as described above.


If you can help with any further information please contact me. 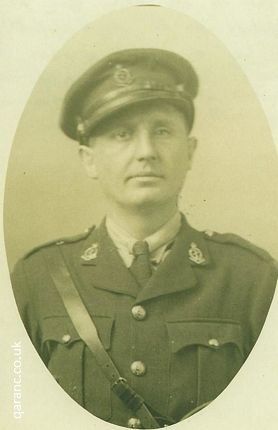 This photo of an RAMC Officer was in her possessions, if you can help identify him, then please contact me.

A reader kindly told us that this looks like the 1912 B type tunic with open collar as per the khaki one, but in blue material. They are quite rare, and not often seen, even in museums. The rest: collar pin, narrow chinstrap and lack of rank on epaulettes would confirm a circa 1912/1914 date. They vanished at the beginning of the war. 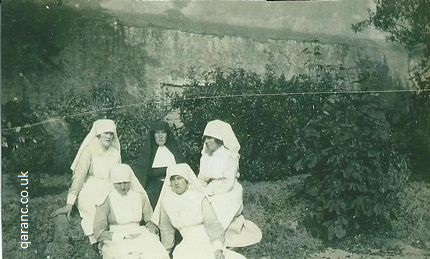 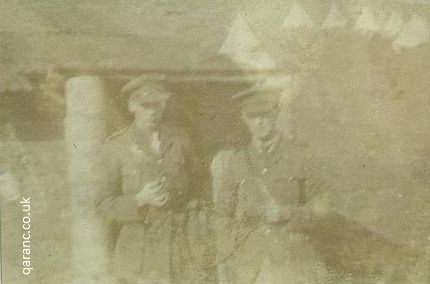 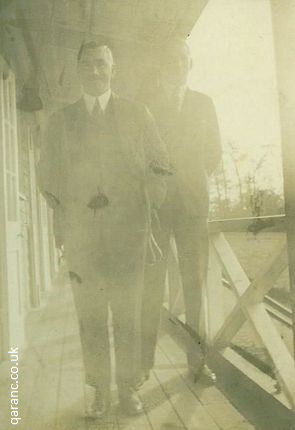