Army Form B104 82 Letter of Condolence from the King WWI


Below is an example of an Army Form B104 82 Letter of Condolence from the King from WWI, except this was sent in error, the soldier was later found alive, though wounded! 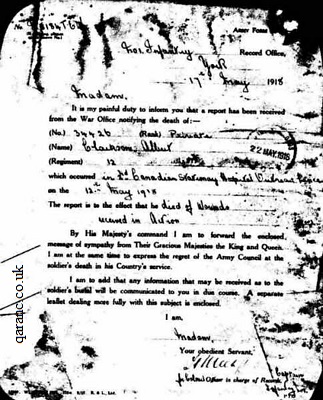 Jill describes how her grandmother received this Army Form B104 82 Letter of Condolence from the King announcing that her husband, Albert Clarkson, 12th Battalion Yorks Regiment, army number 34426, had died at No. 2 Canadian Stationary Hospital on the 12th May 1918 from wounds received in action.

Six days later, his 'widow' received this letter cancelling the report that he was 'no longer seriously ill' and requesting she return the letter and the Kings condolence letter. Years later, she told Jill that she informed them 'That sympathy was not a returnable commodity' and kept the form and letter! 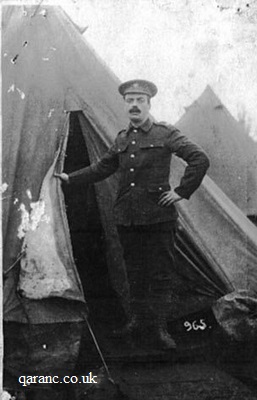 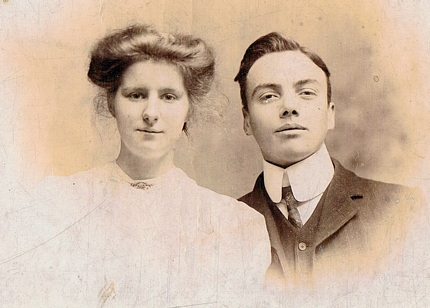 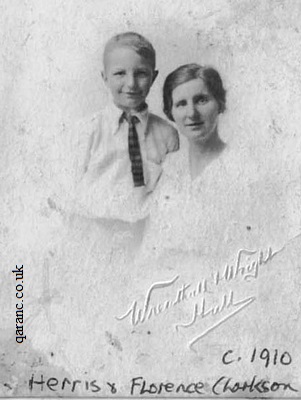 Albert later migrated to Australia with his family around 1928, following their only child, who migrated to Australia in 1926 under the Dreadnought Program overseen by Barnardo's in which British teenagers aged from sixteen to nineteen were sent to New South Wales and trained as rural workers.

Their descendants all live in Australia. Jill is the second child of their seven grandchildren. She is the author of over 100 non-fiction books about many aspects of Australia, including its history, wildlife, and the environment. Her book, Anzac Day, covers all the wars Australia has fought in. She is currently writing her life story for publication, which will include her grandfather's story.