This straitjacket was used to restrain army patients in asylums during bouts of violence. The soldier would have his arms placed into it and then they would be forced close to the chest once the ties were tied either to the sides of his torso or around his back. 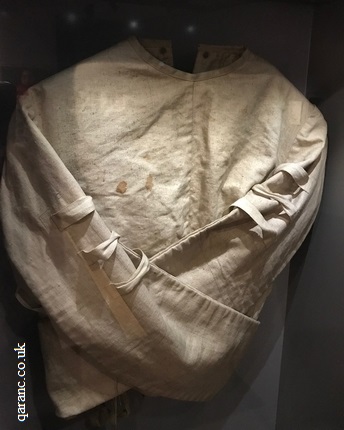 It is on display at the National Army Museum in Chelsea, London.