In the photograph below is Assistant Matron Elizabeth Sinclair on the left. It shows her three scarlet stripes on the lower forearm which demonstrate her rank as Assistant Matron in the Queen Alexandra's Imperial Military Nursing Service. 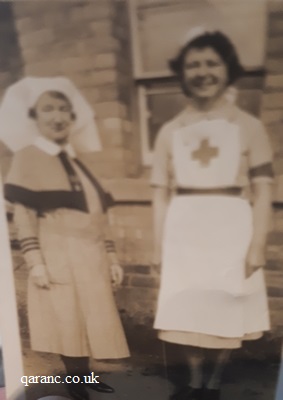 She served in the QAIMNS in both World Wars. Read more about Assistant Matron Elizabeth Sinclair.