Formation of the Nursing Brigade Announced 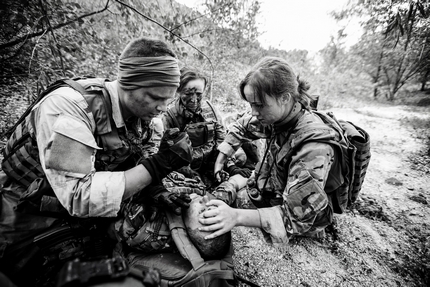 
"In this era of tight budgeting it made sense to bring all our nursing staff from the QARANC, PMRAFNS and the QARNNS together in one role. Operation Herrick taught us many valuable lessons, no more so, than in the role of the MERT, the Medical Emergency Response Team, who bravely flew into hot zones. Army and Royal Navy nurses had to be taught techniques and standard operating procedures onboard helicopters. With the formation of the Nursing Brigade, all nurses and health care assistants will be taught to care onboard ships, aircraft and in the field and can deploy in all theatres of war and can swiftly embed with our troops, flight crew and ratings."

See also the Ghost of the Grey Lady to be exorcised at former Military Hospital.