This group of military nurses, wearing their tropical uniform, are sitting in the gardens of the Nile Barrage, an area designed to retain water and whose sluice gates would provide irrigation to the Delta, thus increasing agricultural productivity and two or three harvests a year. 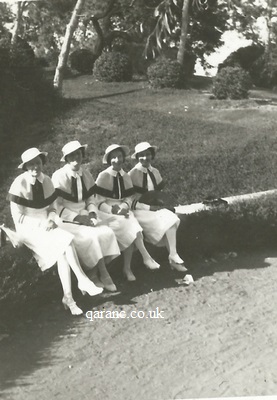