This beautifully leather-bound photograph album is from the Second World War and is inlaid with Egyptian scenes such as pyramids, camels and a sphinx. We do not know the WW2 owner and hope the following photos may help identify her: 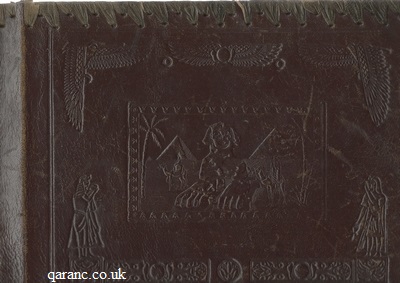 There are a few clues. Painted in white on the inside is Sunny Memories 1941 to 1944. Names by the photos include Neva, Biddy, Hilda and in the photo below, Rossie. 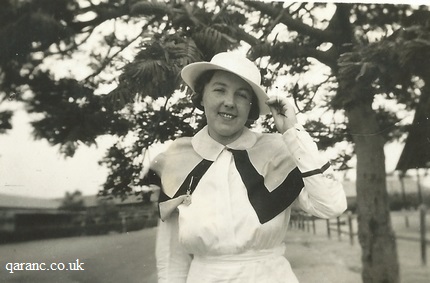 We'll be adding new photos to this page as we follow her timeline, so please feel free to return and see how the search for this QA Sister is going. 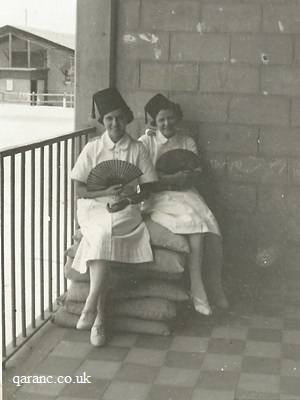 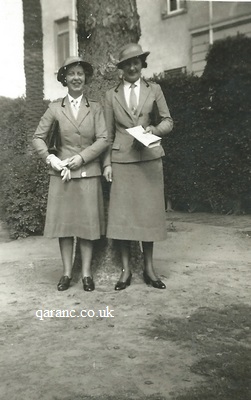 Libbie wearing her gloves, skirt, tunic and tie of the QAIMNS walking out uniform.

More pictures from the album can be seen on the following pages: