This photograph from World War Two says Ria Murray at Rosella which we think is a district in Cairo, Egypt. On the back of the picture is written Felluccas at Rachid. 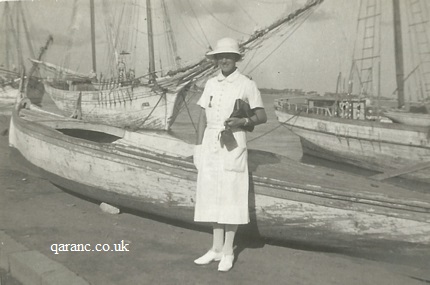 A felucca is a traditional wooden sailing boat common on the Nile at Egypt.


See more from this collection on the Egypt World War 2 Photo Album page.