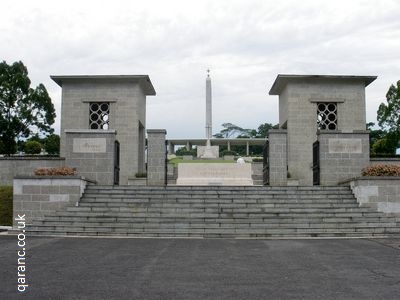 Located North of Singapore, Kranji War Cemetery is also known as the Kranji Memorial. The area was formerly a military Camp prior to the 1942 Japanese invasion. The area was used as a Prisoner of War camp and British and Allied prisoners were buried here and the cemetery grew into a permanent burial place post World War Two. In 1946 military graves from Changi Prison were moved here.

According to the Commonwealth War Graves Commission website there are 4,461 Commonwealth casualties of the Second World War buried or commemorated with more than 850 of the burials unidentified.

The Singapore Memorial can be found here and it bears 24,000 names of the Commonwealth land and air forces who have no known grave. There is a photo of this on the QARANC Association pilgrimage to Singapore Malaysia 2009 page. 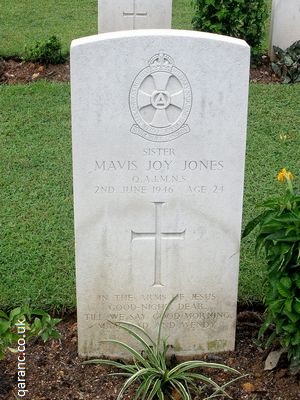 She was the daughter of William Griffiths Jones and Beatrice Winifred Jones of Cathays, Cardiff.