The photograph below shows the Royal Victoria Military Hospital Netley coat hanger used by patients. This one dates to the Second World War and belonged to Stanley Reece, Royal Army Medical Corps, who was injured on his way home from Africa. 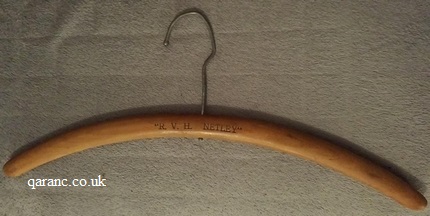