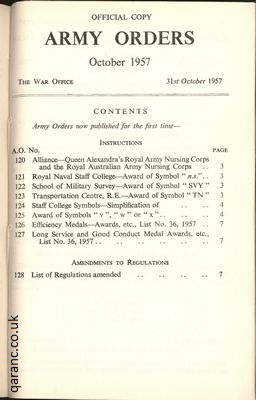 In 1957 an Alliance between the RAANC and QARANC commenced. Page 3 of 31st October 1957 The War Office Army Orders read: 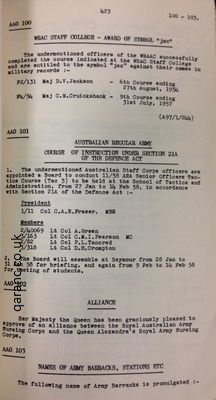 The Australian Alliance is still extant.


The AMS Mag 1958 Number 38 wrote about the Alliance. In addition to quoting The War Office Army Orders (as quoted above) it stated:


More history of the QARANC including the Alliance with the New Zealand Army Nursing Service.