The Florence Nightingale Museum at St Thomas' Hospital in London is a must for any nurse, or those with an interest in nursing history, to visit. It contains interesting items from her life and explores the development of nursing through the decades. 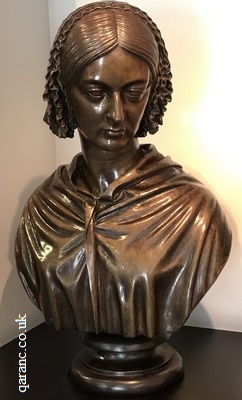 We would particularly recommend visiting on an afternoon so that you can take part in the fascinating guided tour.

This stained-glass window features a nurse with the combined uniform of a QAIMNS and Red Cross nurse from the First World War. 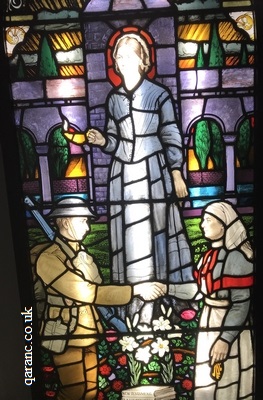 Below is her pet owl, Athena, who she rescued at the Acropolis in Athens. It would sit on her shoulder or in her pocket. It died while Florence was travelling to Turkey during the Crimean War. It was at home in the care of her sister, who had it stuffed for her return to Britain.

This is how her famed lamp used in Scutari would have looked, quite different to popular images of the Lady with the Lamp. She would have used this Turkish lantern, a fanoos, during her ward rounds at night.