Edward Stanley Barton was a Gordon Highlander during the Second World War and served in Burma. His army number was 4462666 and his Gordon Highlander membership no was b256. His rank was Trooper and he served in the 116 Regiment India Company and the 44th Indian Armoured Division. 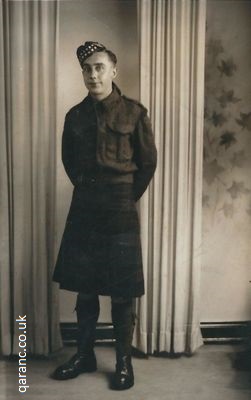 He was conscripted from the East End of London into the Gordon Highlanders. He served in the Orkney Islands and then in Burma. He died in 1979 aged 63. 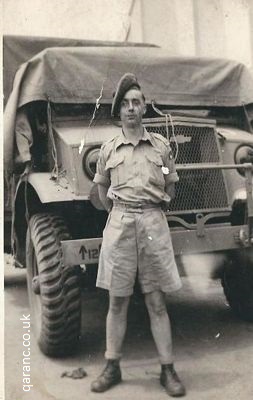 
He sent his nephew, Alan Whiteman, these aerograms with cartoons for his birthday and Christmas. He was his uncle Teddy. 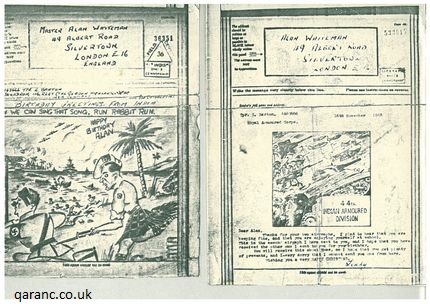 Like many WW2 veterans, he did not speak much about his experiences. However, his son recalls one story in which his father found a Japanese medical chest. 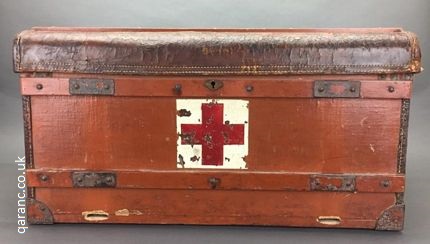 He gave the instruments to the medical doctors and kept the trunk. He packed his kit in it and shipped it back to England. His son still has it in his garage, in which he keeps his tools in. He has his army book with vaccination records, his Gordon Highlander membership book, ration card and a kit bag with his name on.

His father, William Edward Townsley, (aka Barton, there was a name change between the contributor's father and grandfather), was a Ships Fire Man. He died of influenza in 1918, aged 28.

Another relative, John Townsley, (aka Barton), served in the Lancashire Fusiliers and died in the First World War.