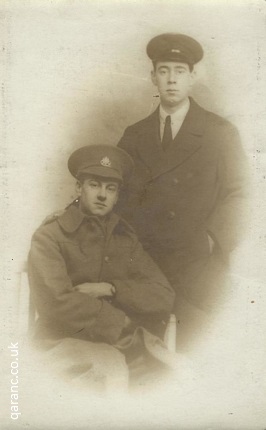 Both survived the Great War, though Sydney was wounded during the Battle of the Somme in October 1916. He was shot in the groin and was evacuated back to Britain and treated at Royal Victoria Military Hospital Netley.

On the reverse of the postcard there is space for a written message and the address of the recipient. In this section is the Bayleys Studios London & Provinces stamp. 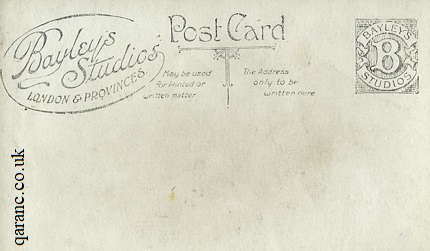 There are most postcard photos and images from Sydney's collection on the following pages: