The postcard pictured below was available for patients and staff to buy to send to loved ones. This one depicts the Operating Theatre in Royal Victoria Netley Military Hospital. 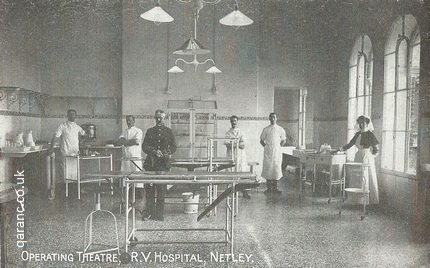 Note the members of the Royal Army Medical Corps Operating theatre assistants and the Sister of the Queen Alexandra's Imperial Military Nursing Service on the right. 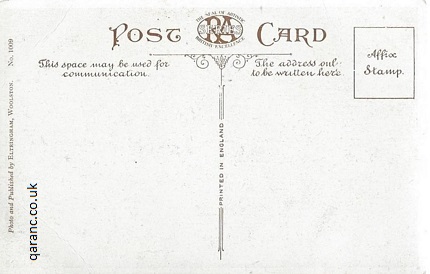 The rear of the postcard has a space used for communication, a place for stamp and an address.

Along the side reads Photo and Published by Eltringham, Woolston No. 1009. Printed in England.

The emblem at the top, of an RA reads The seal of artistic British excellence.


Other postcards include the RV Hospital Netley From Southampton Waters Postcard.