Pictured fifth from the left, marked with a cross is Vincente Gutierrez. He met his future wife Elizabeth Barwise at Netley hospital in 1917 whilst she was nursing him back to health. 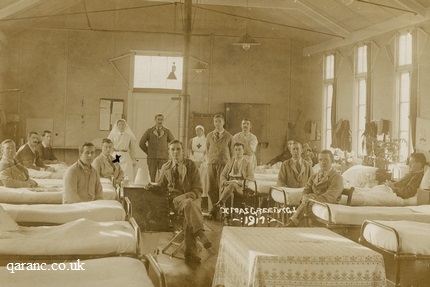 Vincente Charles Gutierrez was born in 1884 and was known as Charles.

He served with the Royal Warwickshire Regiment and his army service number was 23467. His rank was Private. 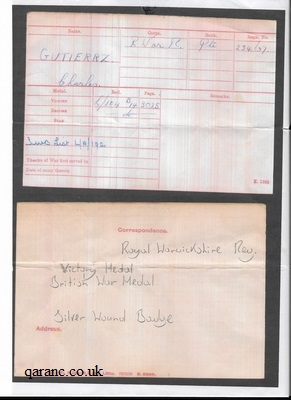 He was awarded the Victory medal, British War medal and the Silver War Badge.

He married Elizabeth Barwise on the 27th July 1918.

Little is known about the photo. If you can help with further information, please contact me.


See a photo of Elizabeth Barwise by a Marquee Tented Hospital WWI with other nurses.

Vincente and the other patients are wearing the Hospital Blues Uniform that was standard issue for World War One patients.

Photos of Nurses and Hospital Patients at Christmas